Life in the smart city 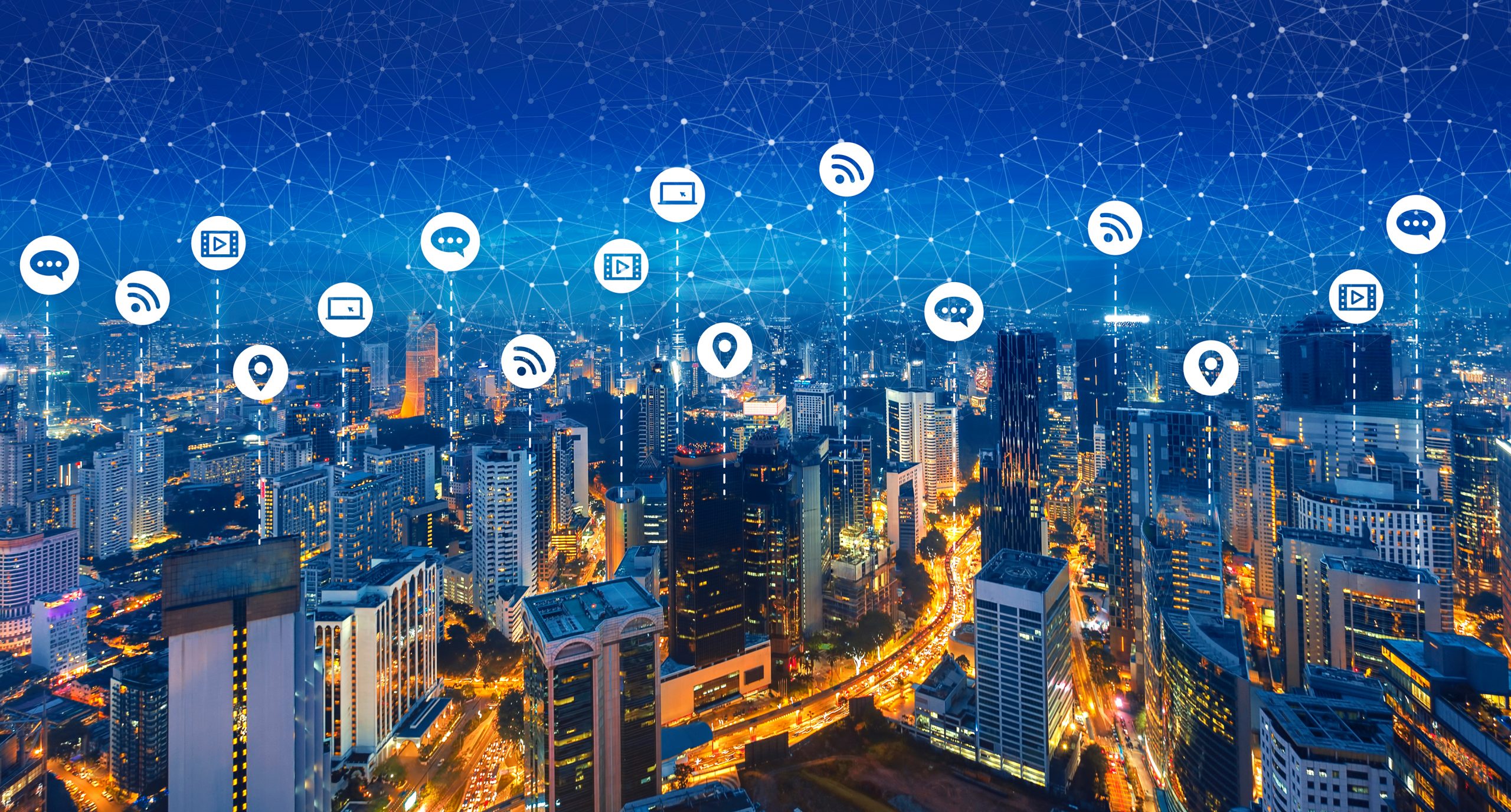 By 2050, the world’s population is expected to reach more than 9 billion, and two-thirds of all those people will live in cities. But what kind of cities will they inhabit? They will be ‘smart’ cities, transformed and improved by new technology, according to a new survey of 1,234 global senior executives fielded by (E) BrandConnect, a commercial arm of The Economist Group, on behalf of Intel. Of the business leaders surveyed, 84% agree that emerging technologies such as artificial intelligence (AI), the Internet of Things (IoT), 5G and autonomous mobility will pave the way for the advent of the smart city. And 86% agree that those technologies will also dramatically change the way citizens live, work and get around in the city of the future.

The concept of the smart city has existed for more than two decades, but we are now getting closer to it becoming a reality. This is a city that is both efficient and responsive to its citizens’ needs. A place where seamless connectivity and IoT allow sensors to transmit data in real time on everything from pollution levels to traffic flow, and from water usage to energy consumption.

“The smart city isn’t so much a thing as a process,” says Theo Blackwell, who in 2017 was appointed as London’s first ever Chief Digital Officer. “It basically describes our ability to harness digital data in a tech ecosystem to meet civic outcomes. It’s something that will not be ‘achieved’ as such, we will just get smarter.”

And the need to get smarter is not just a nice to have, it’s a must have, says Sameer Sharma, Global GM (Smart Cities) at Intel. “It is a very basic efficiency equation. More people, similar sets of resources…the only way to sustain this paradigm is we need to get a lot more efficient.”

In the process, we will also improve our lives in significant ways, according to architect and engineer Carlo Ratti, who leads his own design and innovation practice, CRA, as well as directing the Senseable City Lab at the Massachusetts Institute of Technology. “If we can manage smart technologies well, our cities be more sustainable, but also more sociable, because most of the technologies we are talking about allow the better sharing of the urban infrastructure among citizens,” he says.

Ratti’s optimism is shared by survey respondents: When asked how new technologies will most benefit the cities of the future, an improved quality of life was the top response (33%).

The idea of what makes for a good life in the city tends to differ from person to person—a point that Sharma says is central to jumpstarting conversations about smart cities. “[Intel is] taking a proactive role by engaging at a leadership level with city leaders via an advisory board composed of a cross section of city mayors, CIO’s, university presidents and think tanks—we are figuring out how we work together,” he says. “Technology, of course, is a significant part of it. New disruptive technologies like AI, 5G, and Cloud are making this all possible and are enabling Smart Cities…and Intel works with a very robust and long standing eco-system of partners to bring solutions together using Intel silicon and technologies. However, it is important to realize that more mundane aspects of the conversation are crucial components to success in Smart Cities—like financing, project planning and stakeholder management. At the end of the day, this is really about people, not about technology.”

As leaders do come together, there will likely be some the common denominators, says Marius Sylverstersen, project manager at Copenhagen Solutions Lab, an incubator for smart city initiatives in the Danish capital. “People will want a city that is clean, that is green, and where it’s easy to get from point A to point B.”

In Copenhagen, as in many cities around the world, air quality is high on the agenda when it comes to livability, with 68 percent of citizens citing it as of high importance when it comes to what makes their city attractive. In an effort to monitor pollution levels, Copenhagen Solutions Lab is currently working with Google, and has installed monitoring equipment in its Streetview car in order to produce a heatmap of air quality around the city. The information will help cyclists and joggers plan routes with the best air quality. The project also gives a glimpse of the future, when this kind of information could be collected in real time by sensors all over the city and collated with traffic flow data.

“We’ll start to manage and steer our traffic patterns much more in relation to what would be the consequences on air quality in the city, so it becomes not just about getting people from A to B as quickly as possible, but also minimising the amount of pollution,” says Sylvestersen. “The data will also contribute to the entire planning of the city. We’ll know which roads to close, and which to make one-way, where to build schools and nurseries, things like that.”

The ability to predict environmental factors through emerging technologies will provide greater protection to communities. In our uncertain, changing environment, 87% of survey respondents agree that emerging tech can help inform proactive planning and relief needs around natural disasters. Evacuating people in advance of a severe weather event is one example of this, but there are many other ways in which our cities will be able to warn us about impending threats. An interesting predictive possibility in the field of health is being explored by the Underworlds project at MIT Senseable City Lab, which proposes to tap into the wealth of information that is washed into a city’s sewers, including data about viruses, bacteria and chemicals.

“We built some small robots to source samples from sewers, in order to detect fluctuations in urban health parameters,” says Ratti. “Hopefully, we can use this information to help health clinics, hospitals, healthcare providers and the general population to prepare for viruses and proactively respond to them rather than being reactive.”

The smart city depends on huge amounts of data being transmitted and analysed, and the citizens themselves will create much of this data. Not surprisingly, worries have been expressed about potential misuse and threats to our privacy. However, Blackwell believes there has been much misunderstanding around the issue. “Some people think that public authorities are constantly prying into individuals’ lives,” he says. “But in fact, how we use data more often than not is to establish patterns of groups of people, such as how they move around the city. We want to take the data that people give us in the course of living in a city and use it to improve that city.”

Ratti believes that if data is used in the right way, it has the potential to greatly increase citizen participation and engagement. “Data gives us a better knowledge of the urban environment, so its potential beneficial applications are countless,” he says. “For example, it can be used to empower citizens to be more active in their cities by supplying them with previously inaccessible information on their surroundings.”

He cites another project at the Senseable City Lab, called Trash Track, in which Seattle residents put geo-localisable tags on pieces of their household waste. These could then be followed through the US waste disposal system. “One of the most significant results of the study was the behavioural change these discoveries prompted in the residents,” he says. “Unveiling the routes that objects take after being discarded provides better insights into the consequences of our consumption patterns — which is a first step to changing them.”

Changing the culture of smart cities will be a partnership effort, says Sharma. “In time, our grandchildren may wonder at the fact that we once used to drive cars and a million plus people died on the roads every year; that we sat in traffic for two to three hours a day in major metros; that we inhaled copious amounts of PM 2.5 pollutants. Positive outcomes will come about and we as a people will come to think of the change that smart cities-related efforts drove as the new normal.”

(Source: The Economist, "The World in 2019", https://worldin2019.economist.com/lifeinthesmartcity)