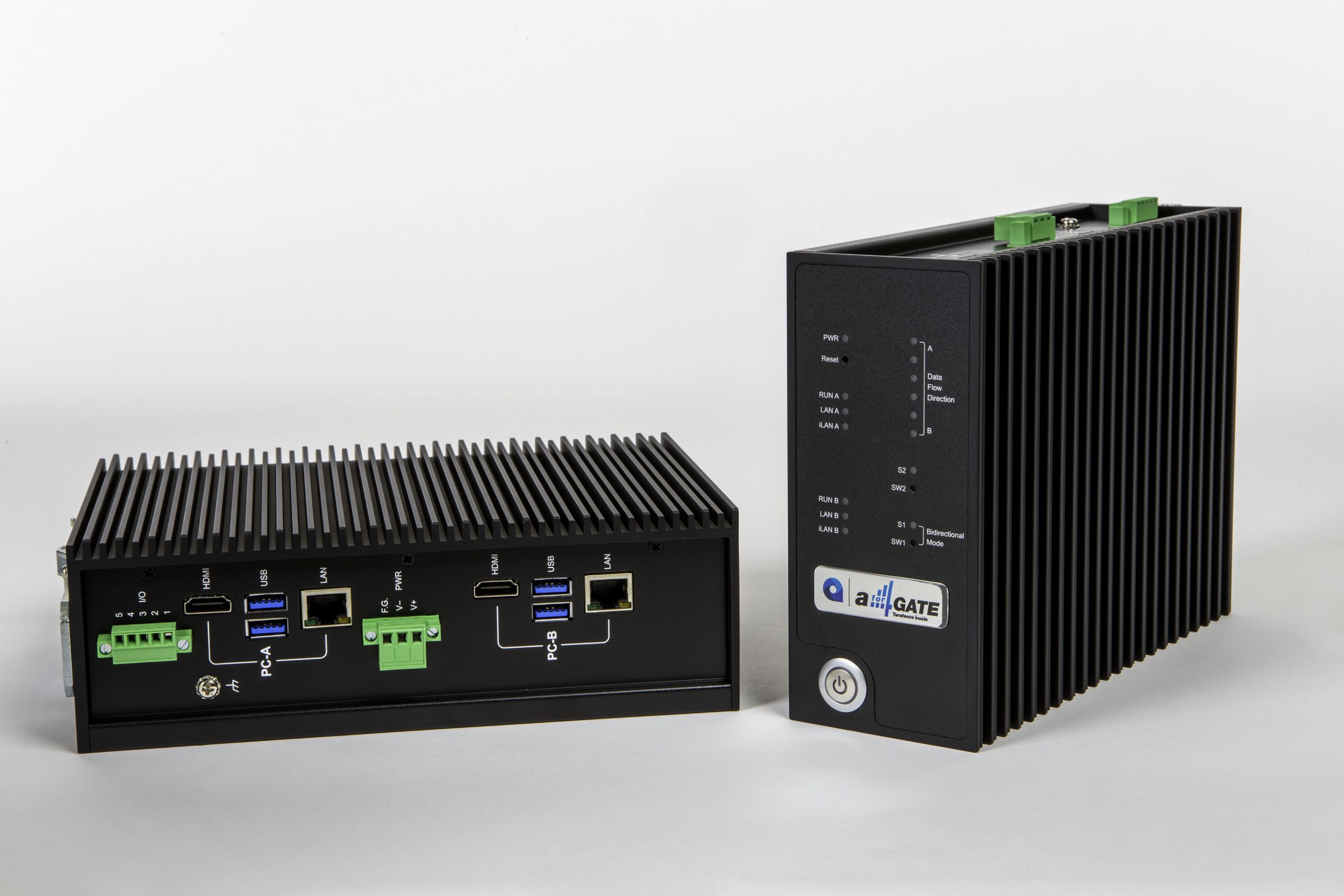 ATOP is pleased to share with you the following article issued with the latest edition of the industial magazine "Data Manager Magazine" (original version only in Italian).

With a4GATE, Applied guarantees the highest level of cyber security possible today for the 4.0 industries.

In a context that sees exponential and constant growth in the volume of cyber-attacks also against industrial systems, Applied has developed, in collaboration with the Israeli Terafence and the Taiwanese ATOP Technologies, a hardware / software gateway that operates on a physical level and allows to unidirectionally transmit the data generated by the machines during the production processes, guaranteeing their inviolability.

According to the advances contained in the report by Clusit, the Italian Association for Cyber Security, 2,049 serious cyber-attacks were recorded in 2021, with an increase of 10% compared to the previous year.

The estimated damages have grown six times (6 trillion dollars, compared to the trillion in 2020), a value equal to four times the Italian GDP.

This scenario, destined to be confirmed and further complicated considering the current geo-political framework, proves to be particularly critical for manufacturing companies which, driven by the fear of being the subject of potentially devastating cyber-attacks, risk not seizing all the opportunities available today for a transition towards the smart and increasingly connected paradigms typical of the Industry 4.0 model.

To respond to this critical issue, Applied has developed the a4GATE solution. It is a hardware / software gateway that combines the typical need of a smart plant to send out the data collected in the field (from PLC, IoT sensors, HMI systems), with the need to guarantee high safety standards with respect to information transmitted.

This result was achieved in two ways. First of all, by ensuring the unidirectionality of communication. Thanks to the Israeli Terafence's "data diode" military extraction technology, the use of IP ports is avoided which, being bi-directional, can be attacked from the outside. In fact, the integrated technology in a4GATE decouples the IoT collector software, which collects data from the smart components of the machine, from the IoT Edge, which sends the collected information to external destinations for subsequent processing.

Secondly, a4GATE, operating at the physical level on layer1 of the ISO / OSI stack, makes it impossible to carry out cyber-attacks from outside the network of the machine to which it is connected.

The Applied gateway, developed and designing specifically by the Taiwanese company ATOP Technologies for the industrial world, manages over 200 interface protocols and can also be placed in "extreme" industrial environments, operating at temperatures from -30 ° to + 70 °.

The SL2 security level based on the IEC 62443 standard that distinguishes a4GATE has been certified through in-depth penetration tests by three separate independent cyber security experts: Layers, Horizon Security and Sse.

a4GATE is therefore configured as an enabling component within any smart factory project since it allows not only the development of effective IoT communication architectures capable of enhancing data from a business perspective, but also total cyber security with respect to data business, a crucial element for the adoption of 4.0 technologies that aim to increase the competitive level of manufacturing companies.