The SE5901B series has been designed by ATOP’s R&D machinery to provide robust serial signal communication which is both high-performance and cost effective at the same time.
Applicable for both 3G and 4G networks, the series is designed to function as:
• 3G/4G serial gateway
• Modbus gateway
• Smart Grid protocol gateway 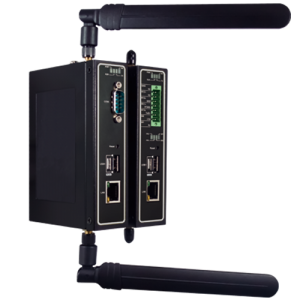 Here are some of the key features of this series which have been enriched by a host of new additions like Firewall and Ping Reboot:

Firewall is a necessity when it comes to either a 3G or a 4G network to prevent the looming risk of a port scan attack. The network becomes vulnerable to such kind of attacks due to the public IP addressing by the Internet Service Provider (ISP). Firewall in the SE5901B series can easily be enabled under the settings menu. By default the firewall denies all services or allows some specific services of SE.
• Port Forwarding
One of the features under the Firewall Setting is Port Forwarding which is used to redirect a communication request from one address and port number combination to another, while packets are traversing a network getaway.
• DMZ
Another feature under Firewall is the Demilitarized Zone (DMZ) which separates the Local Area Network (LAN) from un-trusted servers. The DMZ contains external facing servers and resources which can be accessed from the internet but the LAN remains unreachable. This adds a layer of security for the LAN by stopping hackers from directly accessing internal servers and data via the internet.

The Ping Reboot function ensures guaranteed quality of 3G and 4G communication by sending packets to specified destinations using periodic PING protocol. It will come into play once the SE framework detects no response from the destination.

The series promises a robust industrial performance thanks to high electromagnetic protection, wide temperature resistance, programming and installation flexibility. The series can be applied in case of both 3G and 4G LTE networks and provides an extensive coverage across various frequency bands.

Wait there’s more
There are a variety of other features like SMS functionality, Dynamic DNS and more, which we will discuss in the next newsletter.