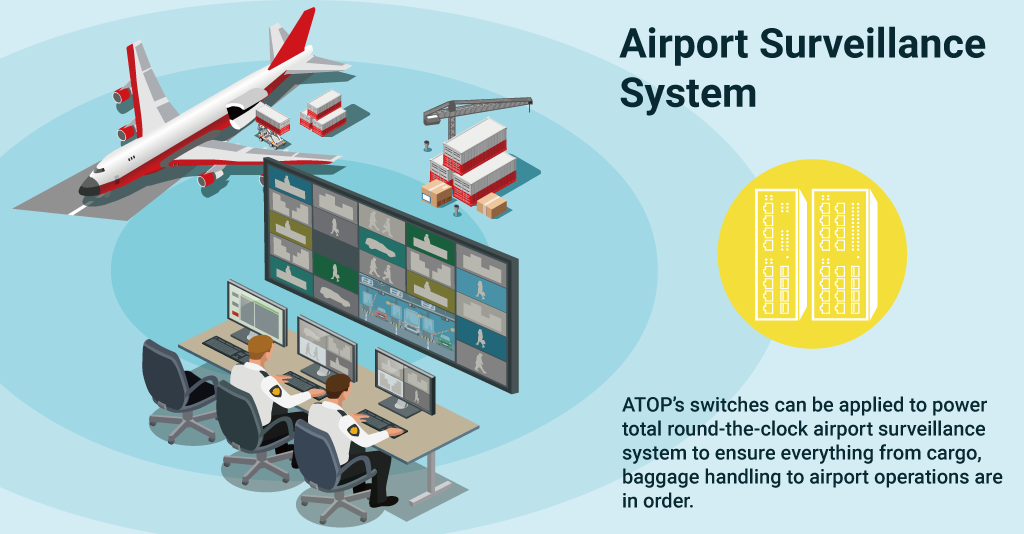 In the global market, keeping assets safe is one of the main priorities of any organization and surveillance systems play a key role in this regard.
As it becomes critical to ensure 24x7 surveillance for the safety of critical industrial resources, without interruptions, ATOP’s EHG75XX industrial managed gigabit PoE switches come into play. The layer 2 reliable, fault tolerant gigabit switches play a vital part in surveillance systems by providing power over Ethernet for round the clock surveillance. 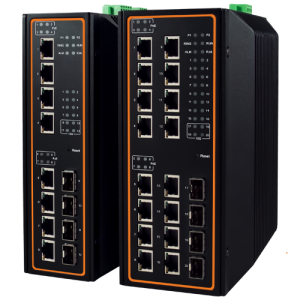 The powering of these switches can be done in range options between 12 to 57 VDC for Non-PoE variants, 45 to 57 VDC input for PoE switches adheres to the IEEE 802.3af standard and 51 to 57 VDC for IEEE 802.3at compliant PoE switches. In case of the eight PoE ports switch variants, the maximum power consumption is limited to 30W per port, resulting in a maximum power consumption of 240W.

The switches come with a powerful switching platform which support advanced redundancy protocols like ERPS and RSTP. The switches are CE/FCC/UL and NEMA TS-2 Certified for Traffic Control Applications.

As the EHG75XX switches play a key role in surveillance systems, they can be applied in real world scenarios like Airport Surveillance, City Surveillance, and Highway Toll Booth Management, which are a cornerstone in emerging smart cities.
The switches were also featured at the Fifth Smart City India Expo in Delhi from 22 to 24 May, as part of ATOP’s participation in the event and these switches will continue to be our show highlights in the subsequent shows.