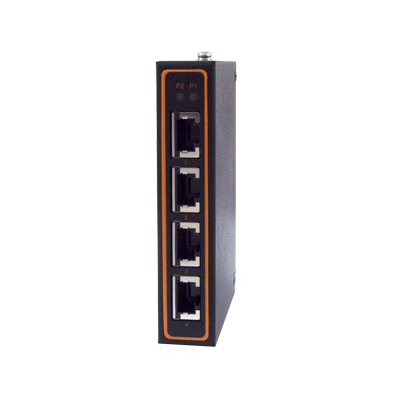 EH2304-PR are with 4 RJ-45 ports for your industrial applications. They are designed to work in the industrial environment, such as in hazardous locations and compliant with CE, FCC, UL, and RoHSII standards.

EH2304-PR provides two redundant power inputs that can be connected simultaneously to wide-range DC power sources. If one of the power inputs failure, the another live source acts as a backup to provide the EH2304-PR power input automatically.